The inaugural year of the festival of public relations, The PRofessionals (or PRFest as it’s being called), is now over.

We saw 31 speakers and panel members, 128 practitioners, three workshops, much networking and the realisation of what is needed to further develop skills and knowledge in PR.

A big thanks to everyone who attended! 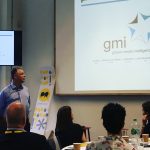 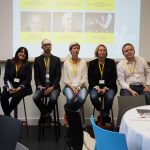 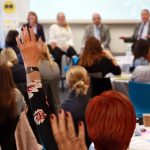 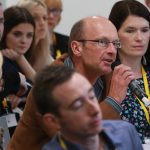 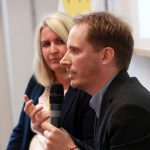 On the couch with Stephen Hull, Editor-in-Chief, Huff Post UK 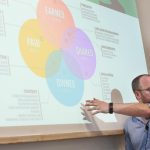 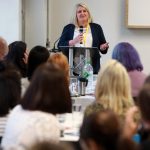 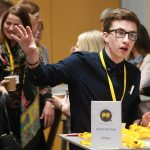 In the first year of anything there is never any certainty – you can only plan and forecast. However, I was very fortunate to have the support of the PRCA from early days. Having an industry body support an independent ‘venture’ is important. It adds credibility and it gives access to the membership of practitioners. Its Director General, Francis Ingham has already publicly given support for next year, too!

Other sponsors included Press Data, Hiscox, Pocapoc Creative, Response Source and the Scotland group of the CIPR came on as

a main sponsor alongside the PRCA.

Both PRCA and CIPR contributed to the programme with the PR Census presentation, PRCA NextGen panel and CIPR Scotland’s public affairs panel. It’s important that whilst the festival is independently curated and run, professional organisations take part, and sponsors are allowed to ‘activate’ their sponsorship.

Our venue partner, Whitespace, was not only generous with the venue, including the awesome bar, but both Managing Partners, Iain Valentine and Phillip Lockwood-Holmes joined panel sessions.

Huge thanks to the festival sponsors and partners. I’ll be in touch for feedback shortly!

A bit of audience analysis

In 18 days (in June), there was a bigger push on social media building up the festival and getting people excited about coming along. This month so far on Twitter we’ve had nearly 100 new followers, over 5,500 profile visits, 307 mentions and well over 75,000 impressions.

From 16-19 June, the #PRFest reached 384,587 Twitter accounts and had in excess of three million impressions, according Tweetreach.

This puts the strength of collaboration into perspective – our discussions and learnings have spread far wider than just the PR community in Scotland!

The main themes running through the festival were about being collaborative, creative and understanding that PR is a management discipline, not just a tactical tool box.

There was a lot to take in and for most, a lot to learn. The key now is to take the learnings and apply them to your work.

I announced on the first day that the festival would be a crowdsourcing project, pulling out main points from speakers, discussion points, challenges and opportunities. If we design a 2016 e-book, it’ll be a reference guide and revisited at the 2017 festival, to see if there have been any changes or developments in the year.

It’ll draw on the data provided by PRCA and include any agreed actions which PR practitioners in Scotland agree to take forward. For example, further discussion around role models and sharing more case studies around diversity.

This will take a few weeks to go through, format and design. You’ll get an email with a link to a PDF download once it’s been completed.

In our workshop, Jerry Ward presented directly from AMEC’s international summit. Here’s the framework announcement in case you’d like to read up on it.

Frederik Vincx presented about PR workflow and tools. Here’s the link to Prezly and to the 250+ tools crowdsourced through the PRStack community.

The 2017 dates were announced for 15 and 16 June next year. There is definitely an appetite for an annual event. I’ll look into this further once the feedback forms have been completed. This year there were one or two people from most agencies and organisations. What you took away from the festival isn’t necessarily what others might take away. Perhaps consider signing up as a team next year?

You’ll also probably hear from the sponsors – maybe you’ll be interested in what they have to offer to help the PR industry.

This year I was considering holding fringe events before the festival, but being the first year I decided to stick to concentrating on the two main days.

Perhaps in 2017 your agency, business or organisation would like to hold a fringe event? If you’re interested in discussing the idea, get in touch.

Feedback questionnaires will go out today to attendees and speakers via email, but also available via this link.

Slides from both days are available via this link.

Sign up here to be one of the first to receive news, updates and early bird rates.

Finally, I’d be delighted to discuss 2016 and indeed 2017 with any attendees, sponsors or contributors. A big thank you to everyone who attended, sponsored, helped and supported PRFest.

it’s been a real pleasure developing this festival. Bring on 2017!